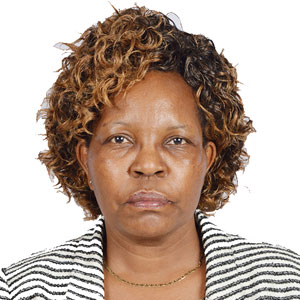 Mrs Isabella Nkonge is the Interim Director of Coffee Directorate, Agriculture and Food Authority from May, 2018. She holds a Master of Science Degree in Agronomy from University of Nairobi. She has strengths in strategic planning and management, crop science, Compliance enforcement and Technical and Advisory Services in Coffee matters.

Mrs Isabella has over 30 years of professional experience in public sector, most of which have been spent in the Agricultural Sector. She joined the Ministry of Agriculture in 1985 as an Assistant Agricultural Officer and rose through the ranks to become an Assistant Director of Agriculture. While at the Ministry of Agriculture she served at different capacities and key among them was the appointment as the District Agricultural Officer in charge of Kiambu from 2005 up to 2008. In 2009, she joined Coffee Board of Kenya as the Chief Technical and Regulatory Manager in charge of regulations enforcement and technical advisory in coffee. She acted as the Managing Director, Coffee Board of Kenya from October, 2013 until the merger of the Board to AFA in August, 2014.

Among her notable achievements in the Agricultural Sector was the appointment as a Secretary to a Task Force on Assessment of Possibilities of Sorghum Production on Commercial Scale in July 2004, Member of a technical team on assessment of the potential for sugarcane production and factory capacity in South Nyanza belt in June, 2005 and further was appointed as a member of Taskforce on the Development of the Miraa Industry by His Excellency the President Uhuru Kenyatta in June, 2016 up to December,2016. 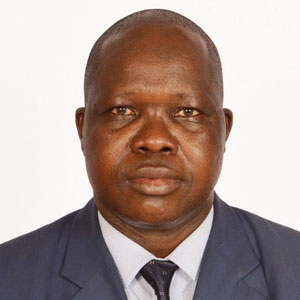 Mr. Apuoyo holds MBA and Bcom degrees both from the University of Nairobi. He joined Coffee Directorate (formerly Coffee Board of Kenya) in 1989 from the Ministry of Agriculture where he worked as a frontline extension officer in Kisii. He has over 30 years’ experience in the coffee industry having served in various positions including Coffee Inspector, Area Manager- Central and Coast Region and Marketing & Research Officer under the former Coffee Board of Kenya.

A member of the Marketing Society of Kenya, Mr Apuoyo has published in refereed international journals and presented in a number of international conferences. Some of his professional achievements include spearheading Kenya’s participation at the 2017 Specialty Coffee Association of America (SCAA) as Portrait Country, Coffee Origin Trip to Kenya by 31 coffee buyers from the SCAA, development of the Coffee Kenya rules for use as a Mark of Origin for coffees cultivated in Kenya.

Email: This email address is being protected from spambots. You need JavaScript enabled to view it. 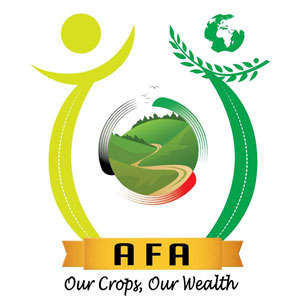 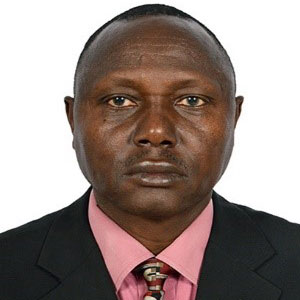 David Joined Coffee Board of Kenya in 1992 as Area Manager, worked in coffee regions and been instrumental in the promotion and expansion of coffee production in the country. He has 28 years of experience in the Coffee industry covering extensive knowledge in the agricultural field with significant skills in Agribusiness, Biometric computing (statistics), Project Planning & Management, fertilizer & plant nutrition and Integrated soil fertility and nutrient cycling in agro-ecosystems.

Email: This email address is being protected from spambots. You need JavaScript enabled to view it.